TRYING ALTBIER IN THE LONGEST BAR IN THE WORLD

Home→Travel, Wine & Drink→TRYING ALTBIER IN THE LONGEST BAR IN THE WORLD

TRYING ALTBIER IN THE LONGEST BAR IN THE WORLD

When I went to Germany earlier this year, I was excited to go to The Longest Bar in the  World. I remember meeting up with my friend Lena and telling her that I wanted to try German beer but I did not know that we would be going to such an iconic place. This is a world-renowned place in Altstadt (old Town) in Dusseldorf on the Ratinger Straße. 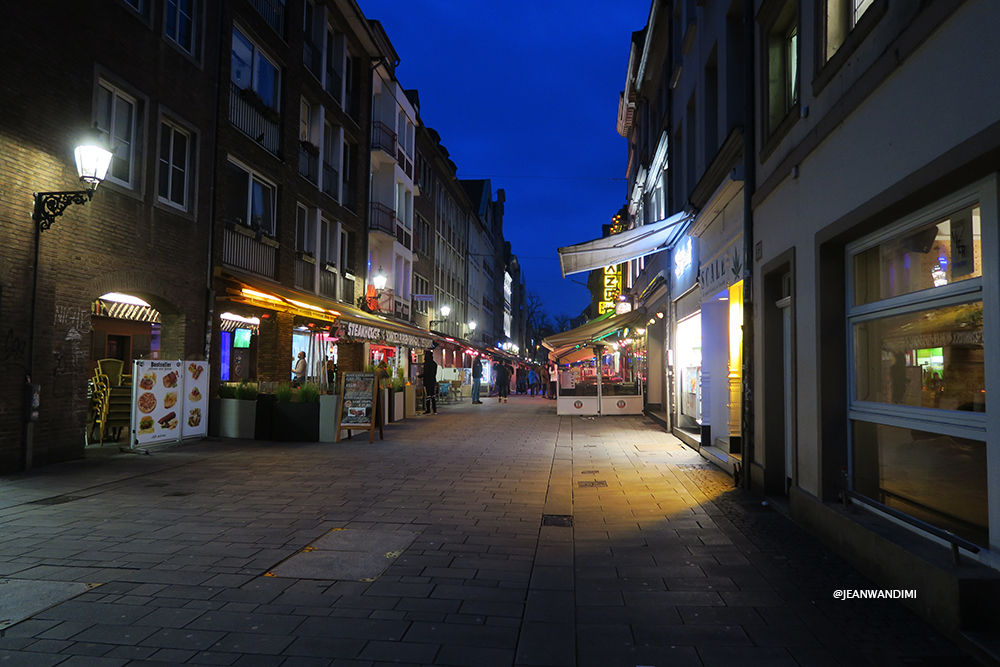 The most common ber here is Altbier and I realised that they just called it Alt (German for “old”). This is a common German beer brewed in Westphalia around Dusseldorf.  Read more here. The menu also had other types of beers ranging from pale, copper brown and dark coloured beers. The Altbier was very nutty and to be honest, it just tasted like normal beer to me. However, it had some nuttiness to it and it had a bitter aftertaste that I did not care too much for. However, it grew on me the more I sipped it. 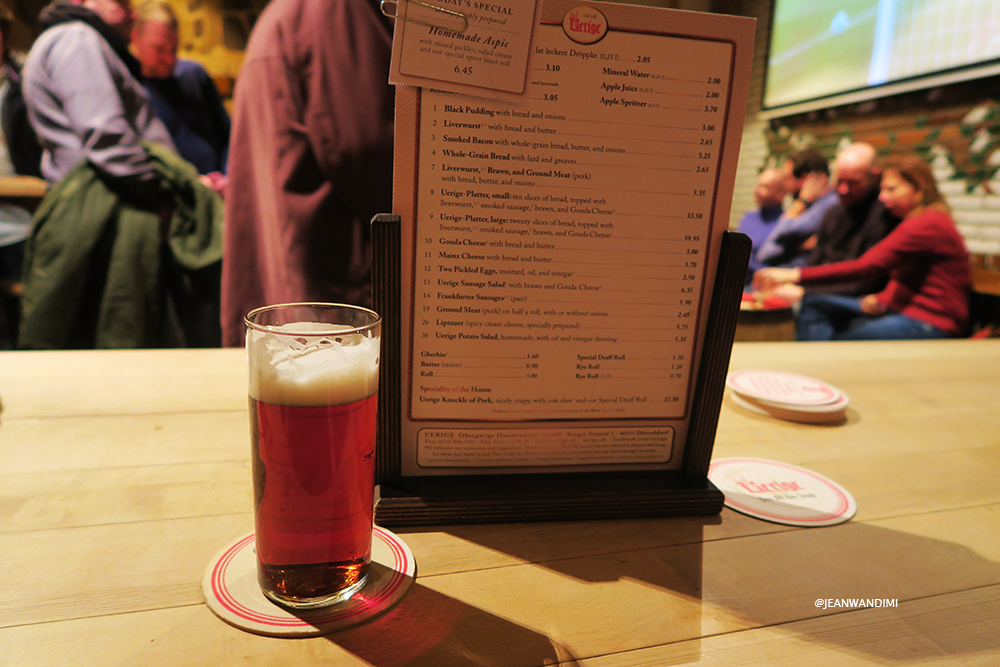 I discovered was that most of these bars also serve food. The funny thing is that if you order food, you will be waiting for a long time for your order. The priority is always on the people who order beer. They were very happy to serve us our beer but the bitings and water took so long. However, my friend had warned me about this.

Zum Uerige is a very common bar. Most people drink while standing and others just sit down. It is a very relaxed place and I do not remember hearing any music.  This was similar to the “locals” we have in Kenya. However, one difference is that these were more crowded and people stood. I also saw huge copper stills just outside the window. The windows were old and made of stained glass. There were wooden beams and the pace was really cramped.

There were outside seating areas and w oped to sit inside because it was warmer. We immediately made friends with this woman who was there with her family. The best thing was that if you get bored with one place, you could always walk out and go to another bar. 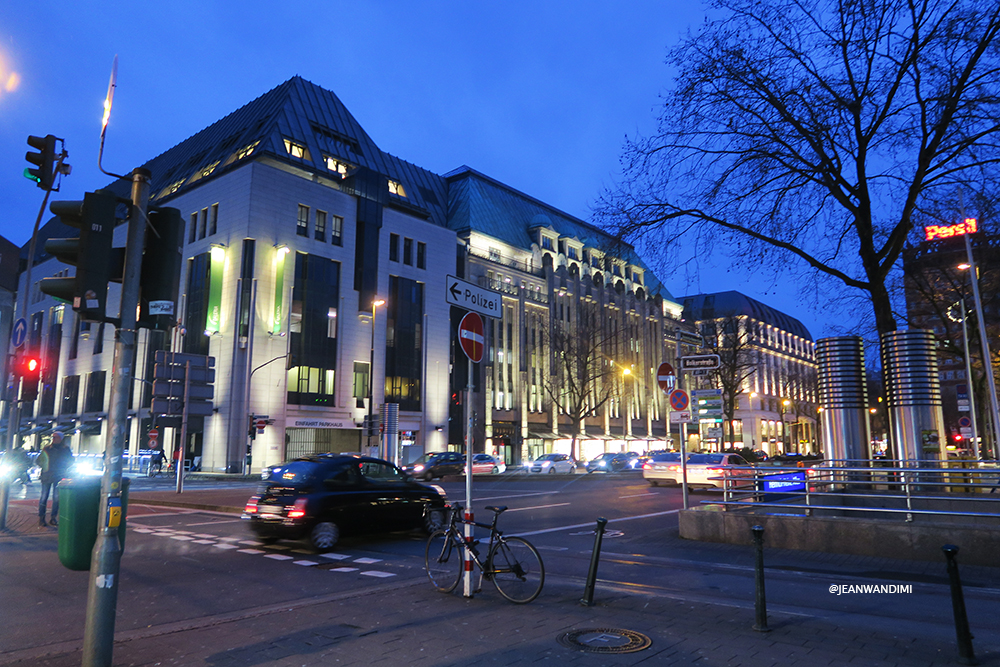 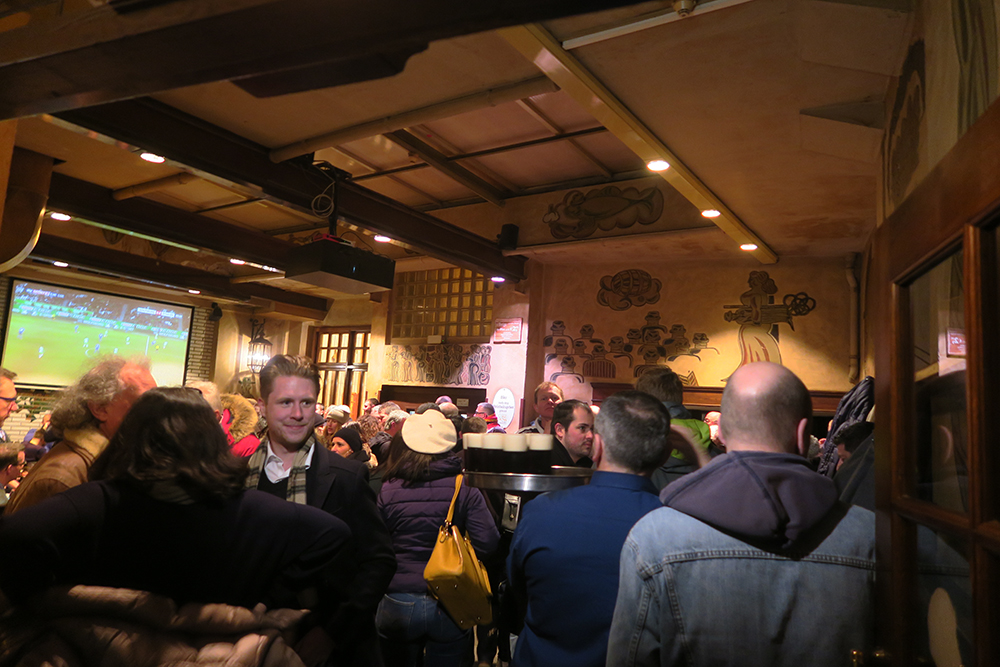 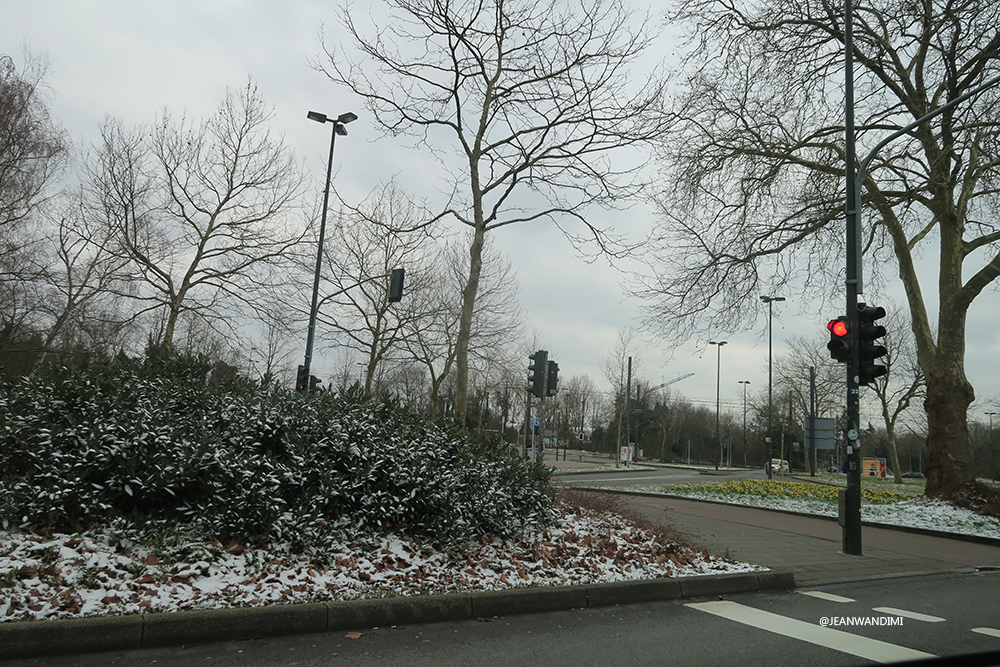