On Wednesday March 11, I had the pleasure of attending an exclusive Media Mixer at Caramel Restaurant and Lounge. This event was in a bid to expose a few writers to the Food & Drink menu. We tasted a myriad of foods. There were 15 items (including dessert) to try. Atop the signature counter, the waiters lay the first few items. One was a Tuna Pizza that had pickled shallots. It had a surprise saltiness that everyone relished. Different from your normal pizza, it was thin (and pink) . 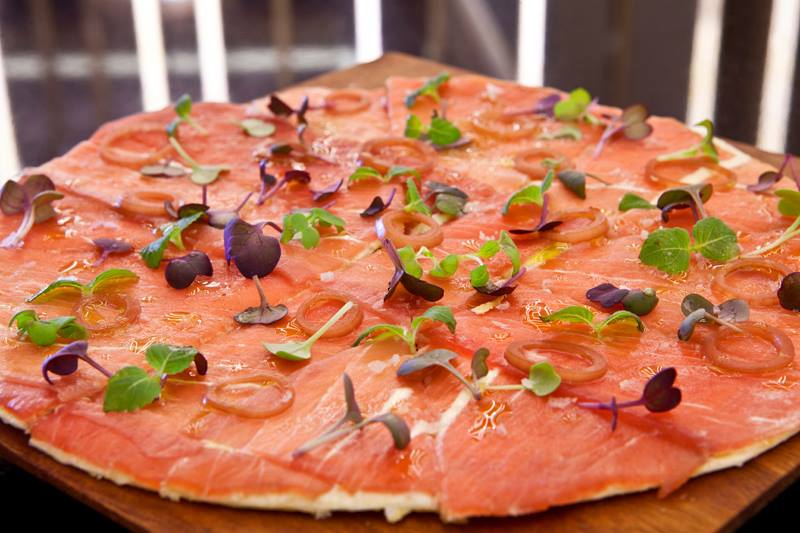 Next we tried the Signature Chicken Lollipops that eased into the mouth with every bite. Everyone who reads my blog knows that I am a sucker for chicken and the more piquant, the better. We tried some other dishes like the Crunchy Tuna rolls, TNT Srimp, Mac and Cheese( with 3 cheese dipping sauce) and some Veggie rolls that had an interesting array of vegs like carrots, cucumber, sushi rice, avocado and mango. The colorful rolls did not sit on the plate for long as chopsticks whisked them away. We had to find out if they were good as they were pretty.

In my world, salads rarely get starring roles in meal.  Growing up, my brothers always loved meat and rarely went on about salads or vegetables. Most of my friends love meat and they rarely order salads. However, the Beverly Hills Cobb Salad would have changed their mind. It was made on sight with the prowess of an artist. The green icebergs poked rudely out of a flamboyant mix of egg yolk, blue cheese, veal, cucumber and tomato among other colorful ingredients. The blue cheese was the most dominant flavor in my salad. The granules from the egg yolk gave the salad a rather attention-grabbing texture. Served cold, the Asian Chicken Salad, which I tried for the first time in NRW2015 was as enchanting as it has always been. The salads were so filling.

The mains were the Marinated Griled Chicken, Pan seared Norwegian Salmon, Petite Beef Sliders and Pomme Frites. The first dish had people sparking a little debate. I loved the parsnip puree but the chicken was a bit bland. The Pan Seared Norwegian Salmon would use some salt but it had a fascinating burst of flavour on the tongue. 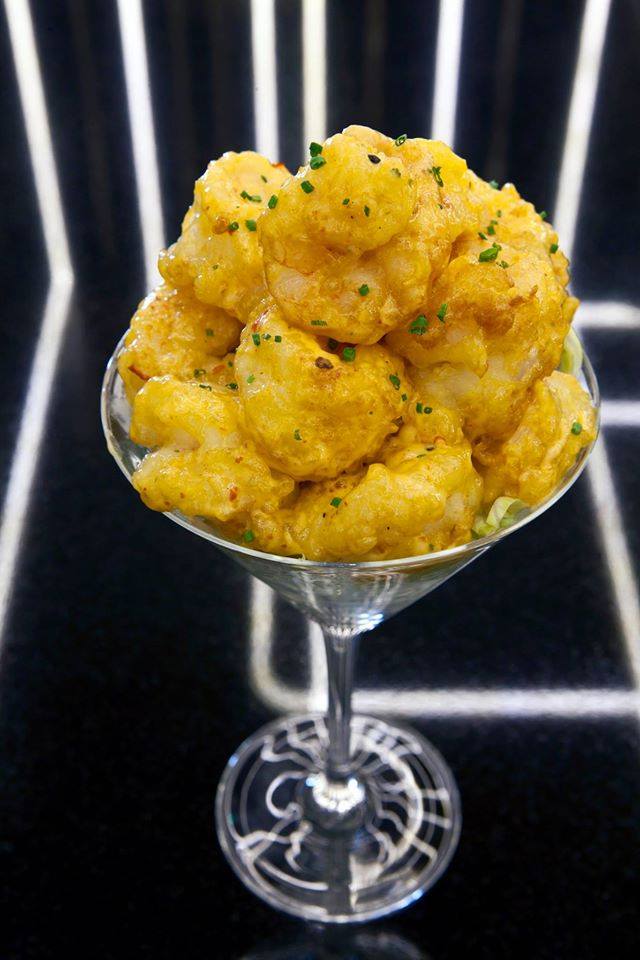 I am always looking forward to dessert. You never know what you will get. When the Baked Alaska arrived, there was a moment of silence. It was simply, beautiful. It stood there like a mural. A mural of wonder, an über mural. I was looking at it with the type of dilated-pupil, sweaty, pulse-racing lust women reserve for Ricky Whittle (google him).

There was a Dark Chocolate Fondant icecream.  The baked Alaska was a burst of sugar. If you have a sweet tooth, this is what you order for dessert. The dark Chocolate Fondant ice cream came in a pair. One was hot whilst the other was cold. Trying one after the other left your tongue in a confused madness. The good kind of tangled madness. The Crème Brulee was a little sidelined because it did not break the stage like the Baked Alaska but ‘still waters run deep’. I scrupulously thought that this ‘humble pie’ was the preeminent of the desserts. My friend Penelope gave me a weird look as if to say, ‘Jean, you have no idea what you are talking about’. 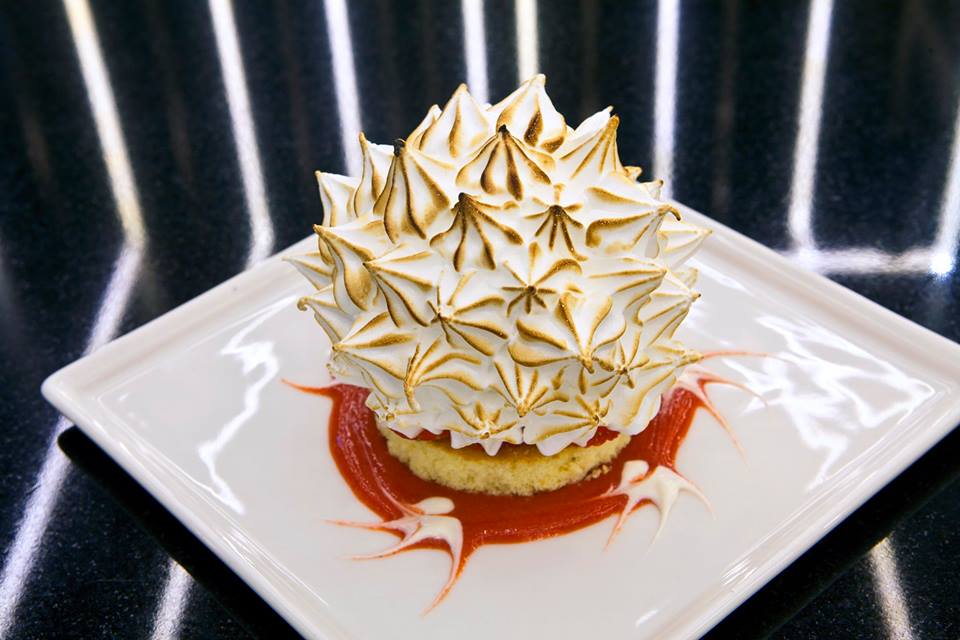 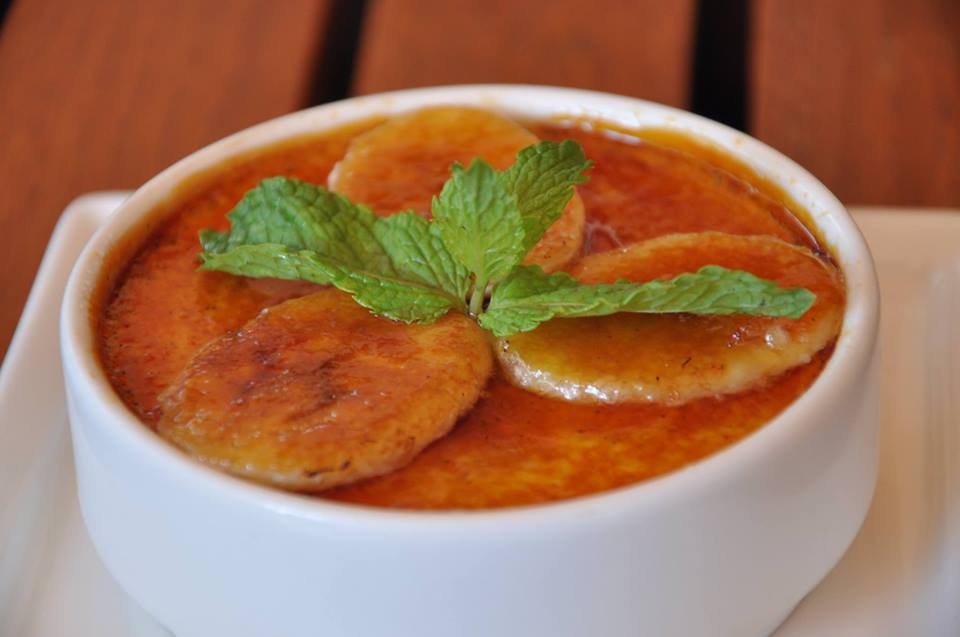 As if that wasn’t over-excitement enough, the cocktails made their way. We tried the Espresso Martini which had Absolut Vanilla, rock candy, espresso & Kahlua (coffee liqueur which I always think sounds like Kahua (coffee in my mother tongue). 🙂 Aaaanyway!!!  (*small embarrassed cough, adjusts clothing*).

I was so full and even though I wanted to stay for the ladies night, I had to meet with a friend for drinks but that is a story for a rainy, sitting-by-a-log-fire kind of night.