I finally made it to Zanzibar! Have you ever made a decision so fast that it all seems like a dream? Plans keep changing but all you know is that deep down, you want to escape and take a break from it all. I kept the 4th of February untouched in my Google Calendar. I knew I had to do something, go somewhere, feel something, jump, fly, scream but I knew that I could not remain in the same spot. See, I celebrated my birthday a few days ago and the idea that I am growing older kept gnawing in my insides. My close friends know that I was nostalgic on my birthday. Taking stock of the 25+ years that I have lived. Edging closer to 30! What living & memories have I made for myself? I have been staying put for as long as I can remember. I have been safe and static. However, I have always been a free spirit deep down. I always knew it. I have always sought after what I wanted even though it seems laughable, lofty or unattainable. I have always built high castles, brick by boring brick (if this phrase rings a bell, can we be friends?) . I may have an unrealistic approach about life but something keeps telling me that I should keep going. Keep running. Keep doing. I decide. I am in charge of how my life turns out. Make today worth it!

I was afraid to be too candid on my blog, but then again, this might help/make someones day. Probably the most candid I have been.

So, I am typing this at 7 am in the morning. I forgot to wake up at 6 am to see the sunrise but then I realized that our AirBnb does not have a panoramic view of Stone Town. In fact, we are surrounded by white walls. At 6.30 I can’t sleep anymore because I have an Attisfire.com (a Digital Marketing Company that I co-founded) report that I had not finished editing, approving and sending. However my co-worker thinks it is good to go but I have to give it one last look. I also have a creative essay to write for this English course I am doing…

Back to Zanzibar, even though I am here to channel my creative side, take a break from everything, celebrate my birthday (somehow), I still have to work. I am so grateful that my life is now moving on this location independent, out-of-office lifestyle and I can work from anywhere (still fine-tuning). That has always been my dream and goal. I’m more creative when I change locations and I have tried the 9-5 and miserably failed over and over again. So if you are this type of person, there is nothing wrong with you. Find out what works for you.

Zanzibar feels so surreal. Have you ever done so many things in one day that it looks like you’ve been somewhere for a week, That is how February 4th went. Waking up in Nairobi, I was impressed at how well I had packed (thanks Evernote packing list), given that Tess (my good friend & now travel bud) & I had made a quick decision to come to Zanzibar. Originally, Tess was heading to Egypt and the plan was to join her but after looking at the airfare, we were better off starting in Zanzibar. We planned everything so fast and our fight took about two hours. We made a stopover in Mombasa then to Zanzibar. Since we are on a budget, we would have used a bus to Dares Salaam but all that looked so arduous (cheaper, but still arduous) and we did not feel like getting on a 2-3 hour long ferry. Actually, that was the deal breaker. We would have taken so long and we would have arrived at night. Since a huge chunk of our budget was spent on transport, we have had to keep slashing costs. The first AirBnb that I booked was the one we got. Honestly, I did not expect it to be so nice. It is not a 5 star hotel but our room is okay and we even have an amazing rooftop area. We even met some travelers last night who are also staying at this place. I was also shocked how easy it is to make friends when you are on the road. There is no shame in asking questions and the smiles and the  Hi, where are you from’s bring forth the best conversions. On the breakfast table, I was fascinated by Matt who told us about his trip from North Africa and his 16 days in Tanzania. I hope to have more hearty and eye opening conversations before we leave this B&B.

Yesterday, we toured Stone Town. Stone Town, Mji Mkongwe is the oldest town in Zanzibar. It is a small city that you can explore for 3 hours if you are walking. It is an amazing center for the Spice trade and in the 19th century, it was the heart of the Slave Trade. In the era of the British Protectorate, Tanzania and Zanzibar were known as the Republic of Tanganyika. Zanzibar then decided to be semi autonomous and Stone Town was the center of the local government. As our guide heartily chatted with us after picking us from the airport, we were in awe, we could not believe how amazing this place was. The architecture is like nothing I have seen. It reflects the culture of the place and tells stories through time. I could see so many different types of doors. Some had rounded edges and some were rectangular but they were all unique and made of heavy wood. Embellished with brass plates that stuck out in such a way that you could not ignore them. The walls were white but some were weather-bitten and degraded but still beautiful. Still breathtaking. Stone Town is made of narrow alleys with high walls and signature doors. No cars pass through the alleys but there are many bicycles, scooters, motorcycles and people walking on foot. We were told that this was the low season but we spotted many tourists. The more you go towards the ocean front, the more the alleys open up and even there are cars and a public transport system with cars which they call daladalas. They are somewhat similar to what we have in Kenya and they even fill the passenger’s to the brim and shout like we do.

The Swahili culture is the main culture in this town but our guide told us that this place reveals a mixture of cultures because of what has happened in the past. These are Persian, Indian, Arab and European. In 2000, Stone Town was made to be a UNESCO World Heritage Site. This means that the area has been recognized by United Nations Education and Scientific Cultural Organisation ( UNESCO) because it has historical, cultural and educational significance and this place has been protected by different treaties. What that means is that no one can come and transform the city or make any structural changes without contacting the UN. This also explained why some of these places are in a derelict state. This Town as been built of coral and this material is prone to weathering. After many years, some of the structures have been falling but some organisations work under patronage of the UN to ensure that they are not carrying out unintended renovations but restorative renovations. Tomorrow we go to Nungwi. At least that’s the plan.

I will not mention the food in this post because I will bring you a food guide and give you recommendations soon. 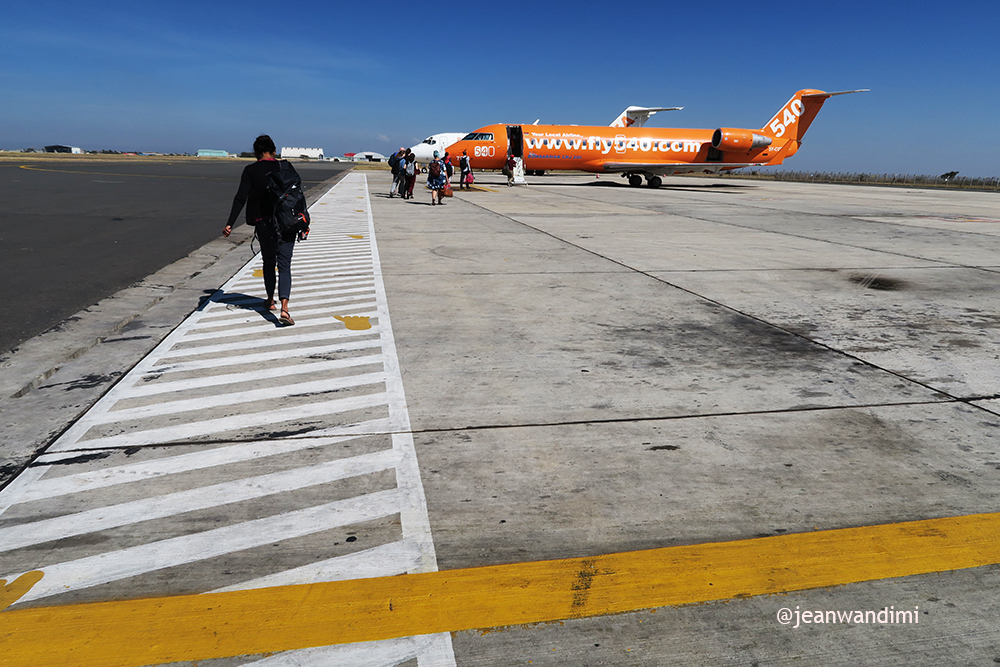 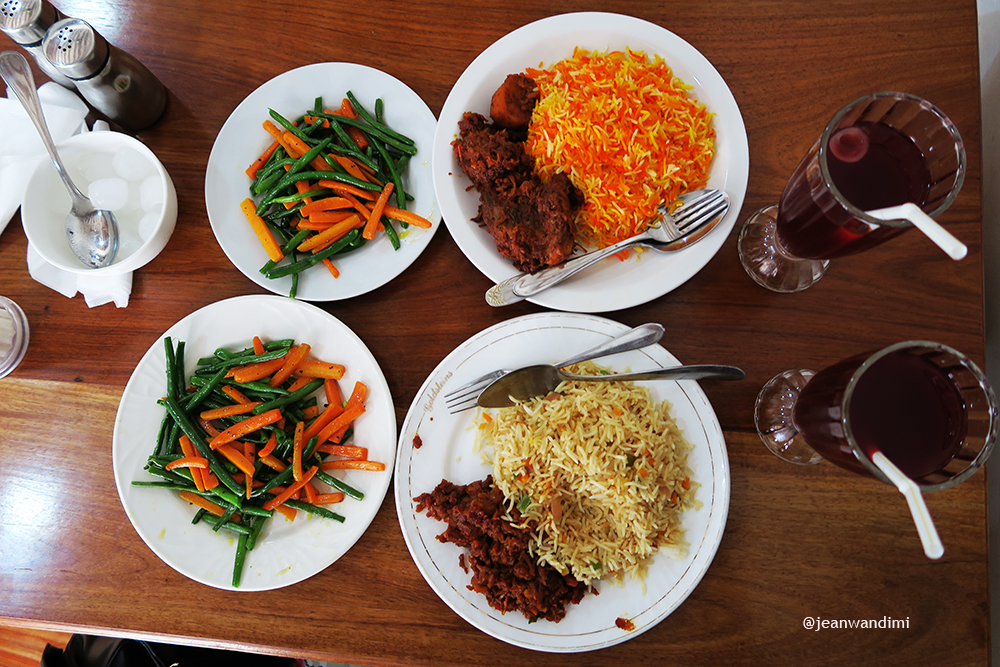 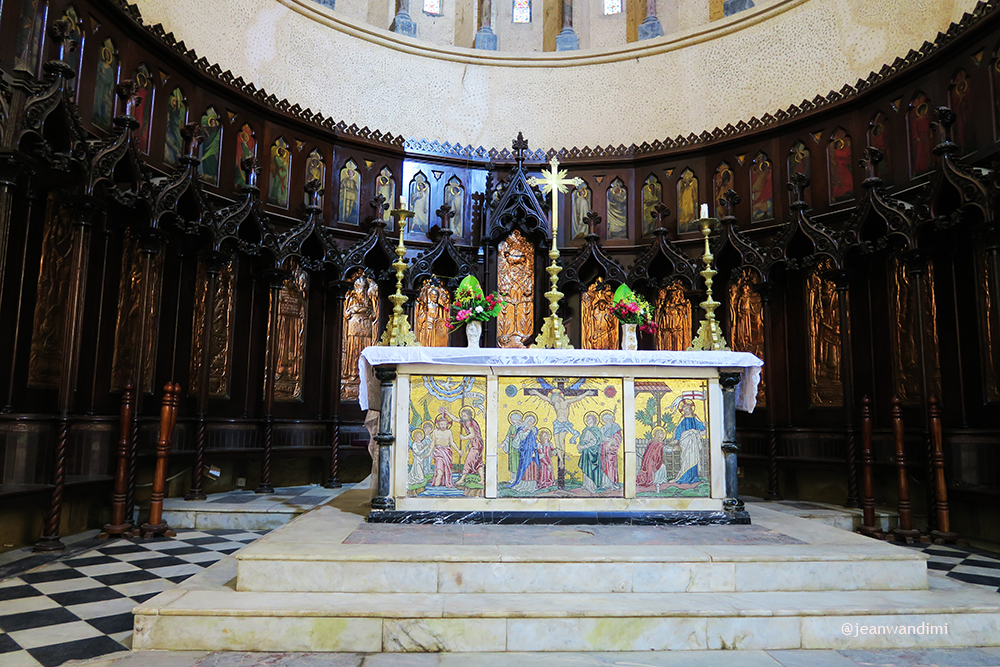 Slave market where slaves were auctioned. 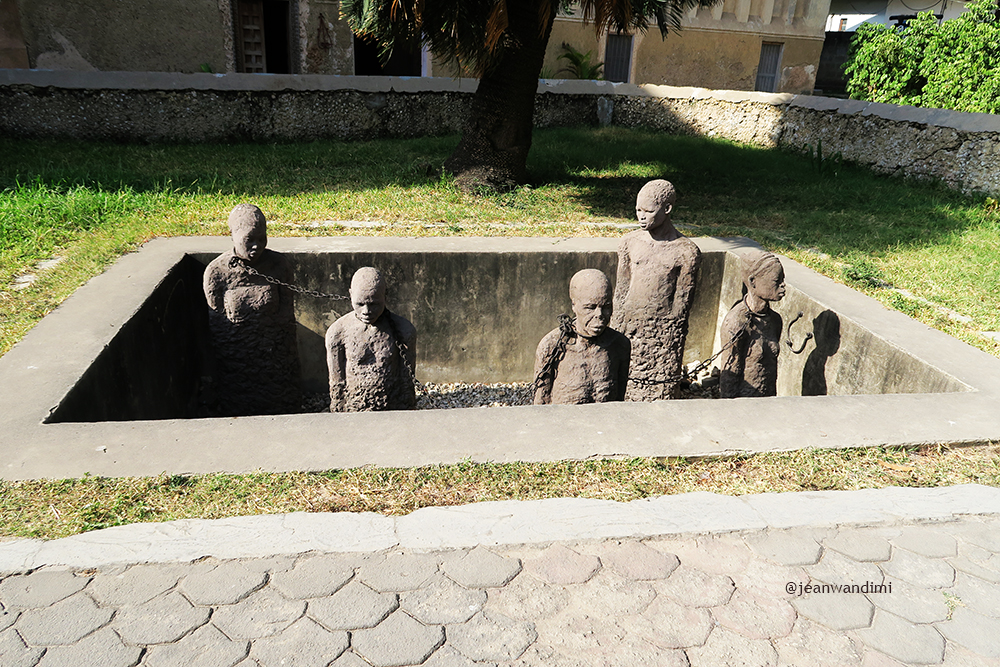 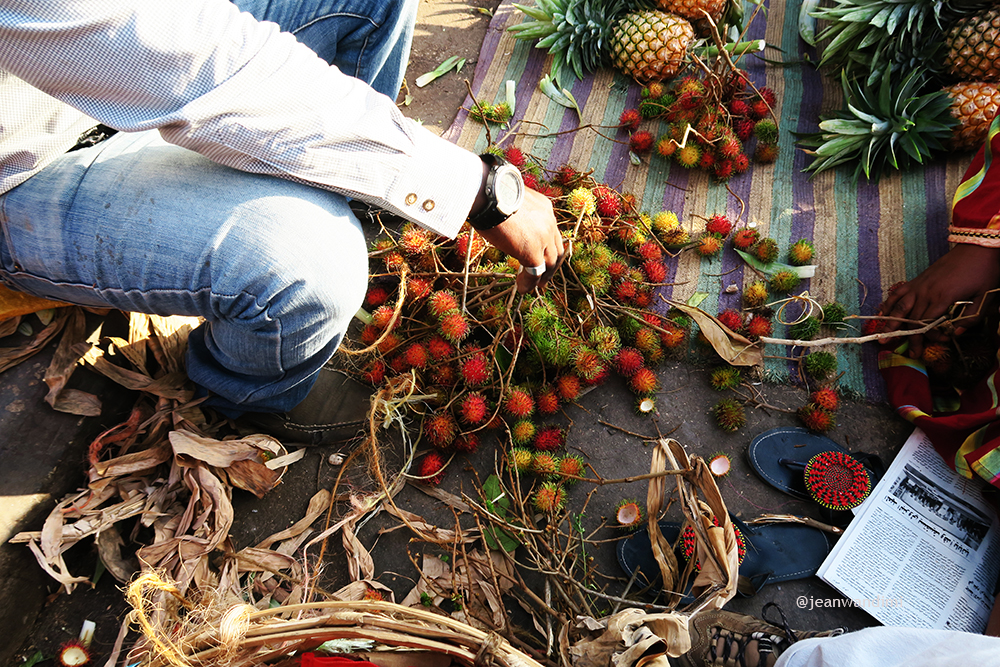 My first time eating these. 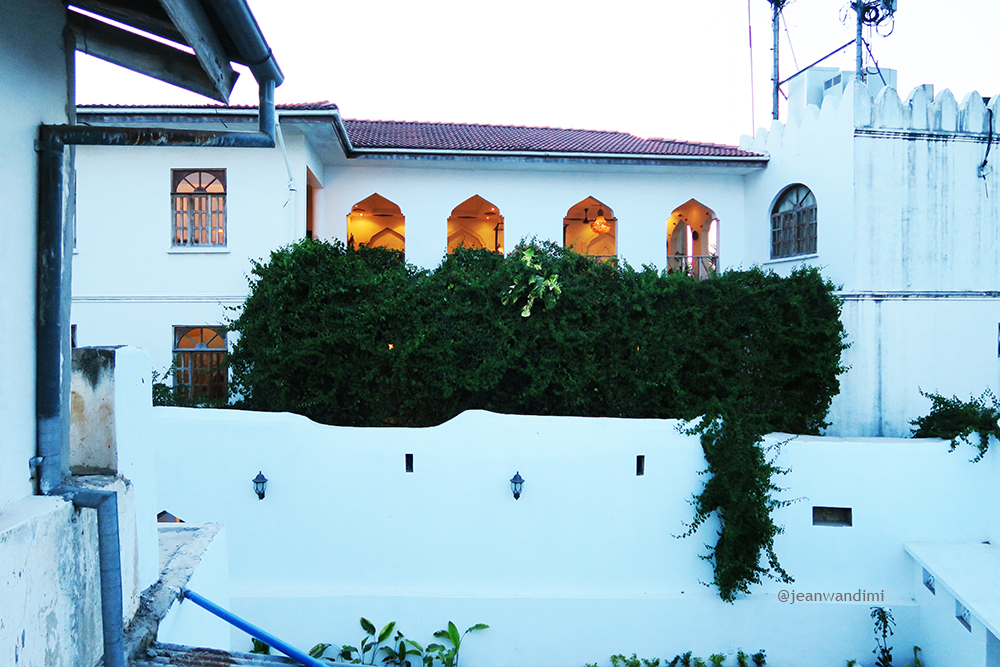 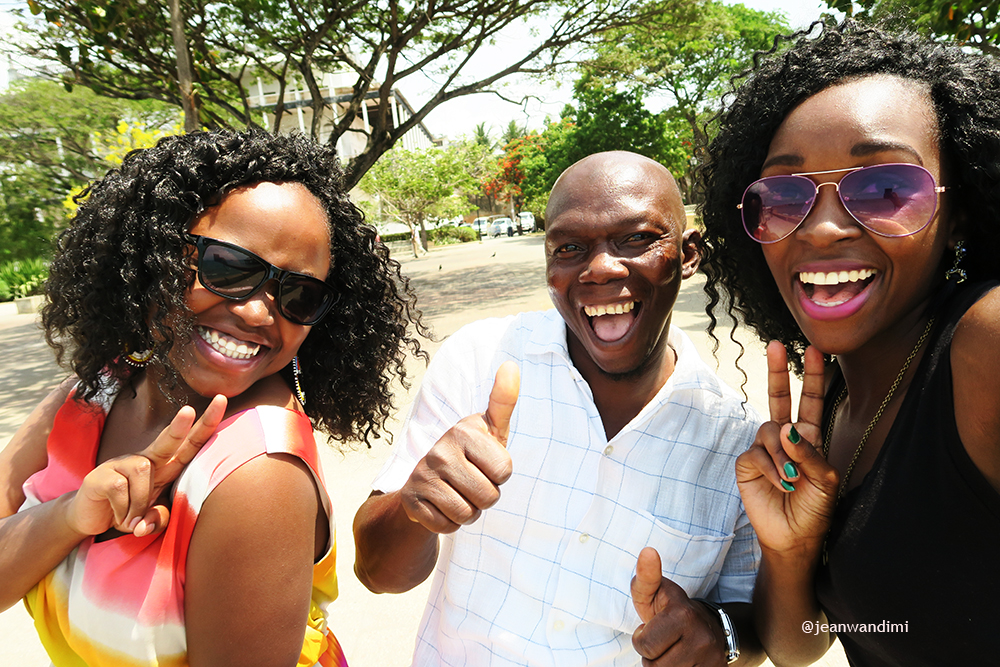 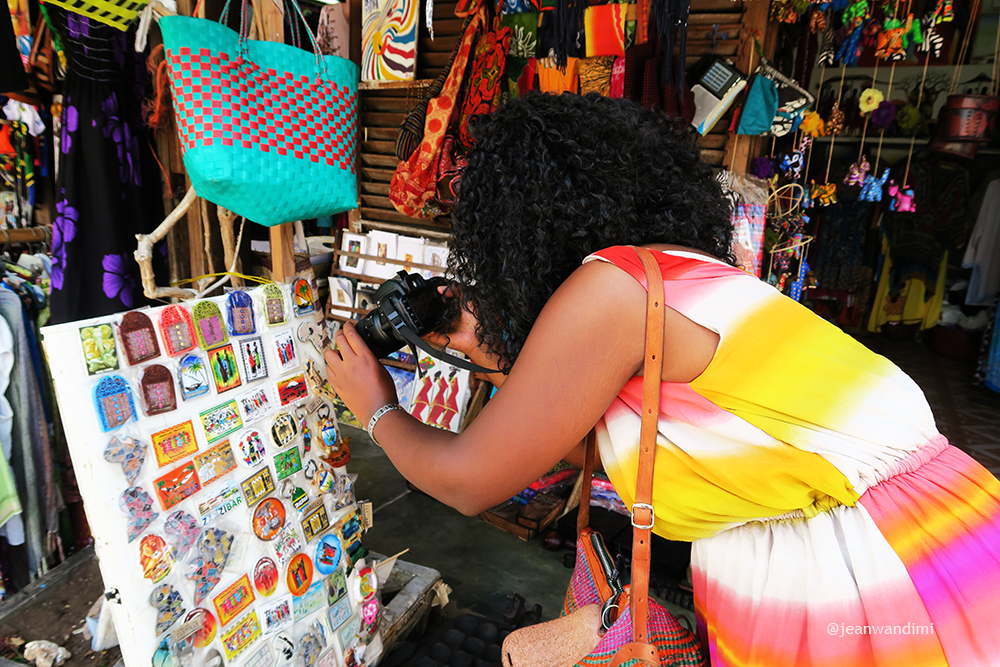 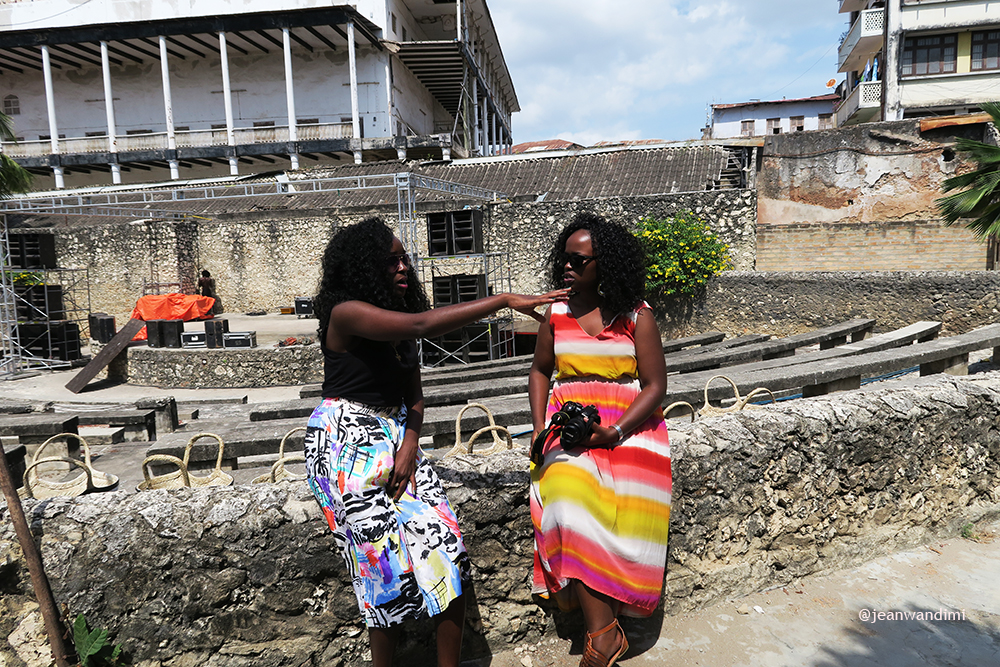 We stumbed on this Sauti za Busara Festival Set-up 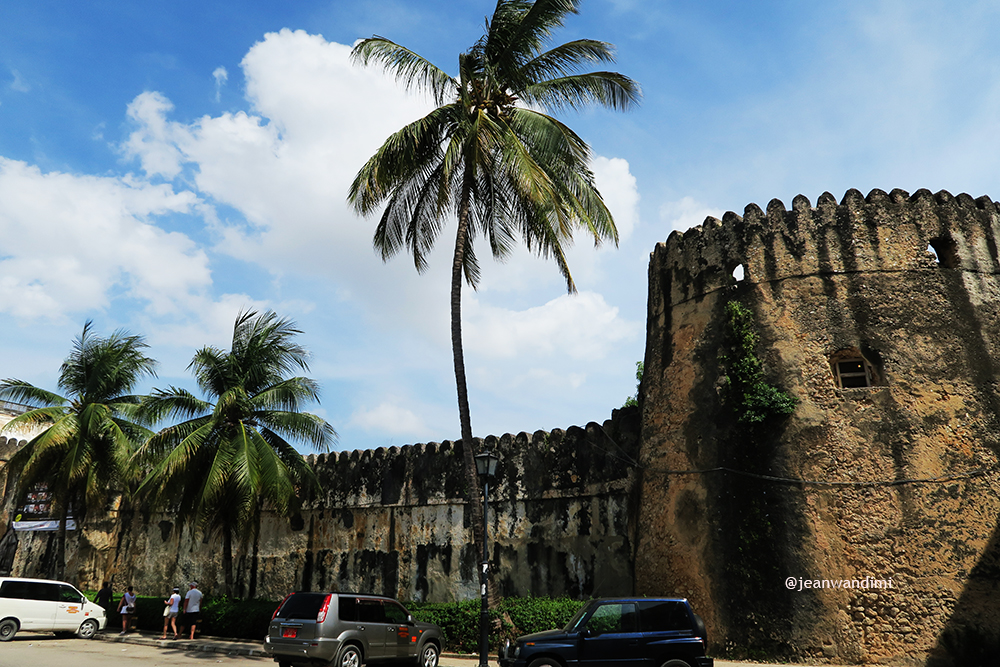 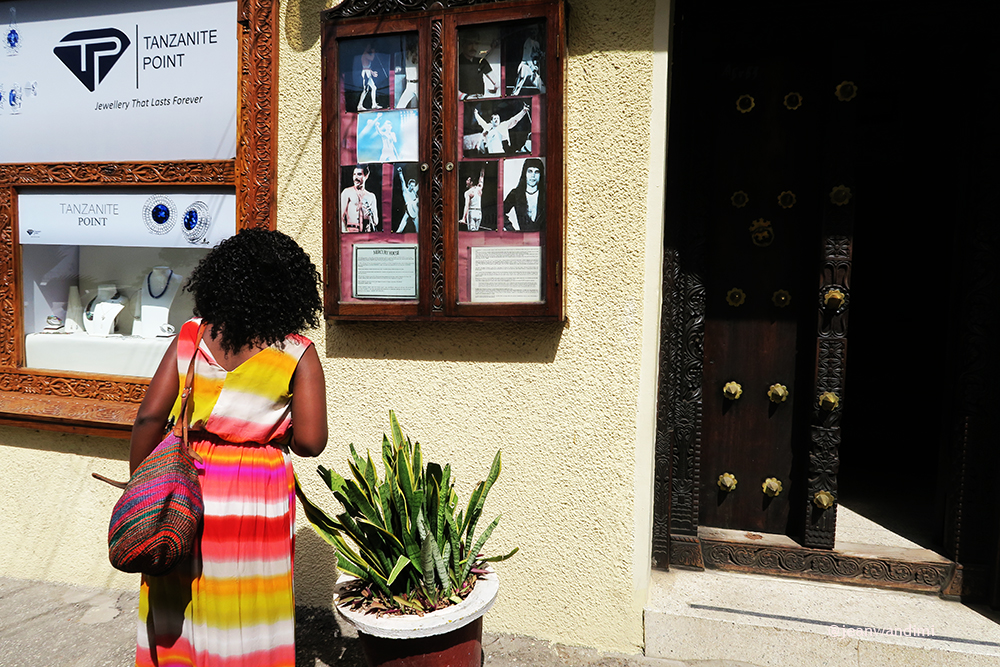 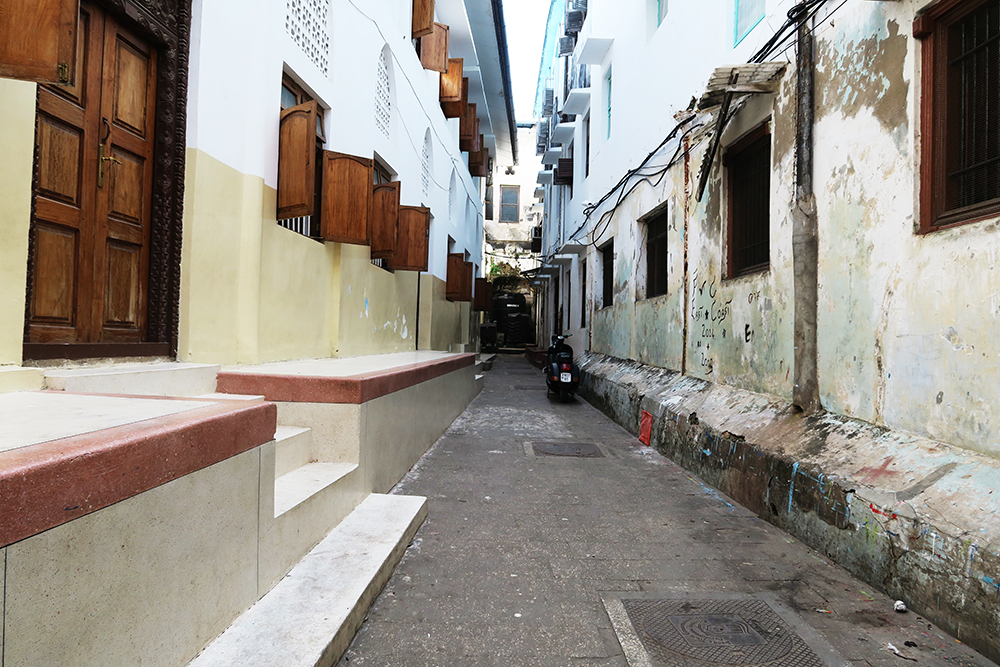 If you need any specific details about Zanzibar, how to travel from Kenya to Zanzibar etc email me at info@thewineandfoodreview.com

Have a great week.