Why would something as mundane as a door gather so much attention and love?” I wondered? But I did not understand until I was strolling in Stone Town in Zanzibar.

Suddenly my head was turning. I was touching and feeling. I cupped my hands on the cold brass studs of hundreds of doors. I patiently run my hands through the teak wood, feeling the grooves and highlights. I took photographs. I tried to decode how they made the doors. So much was going through my head… What I felt was a cross between wonder and love! 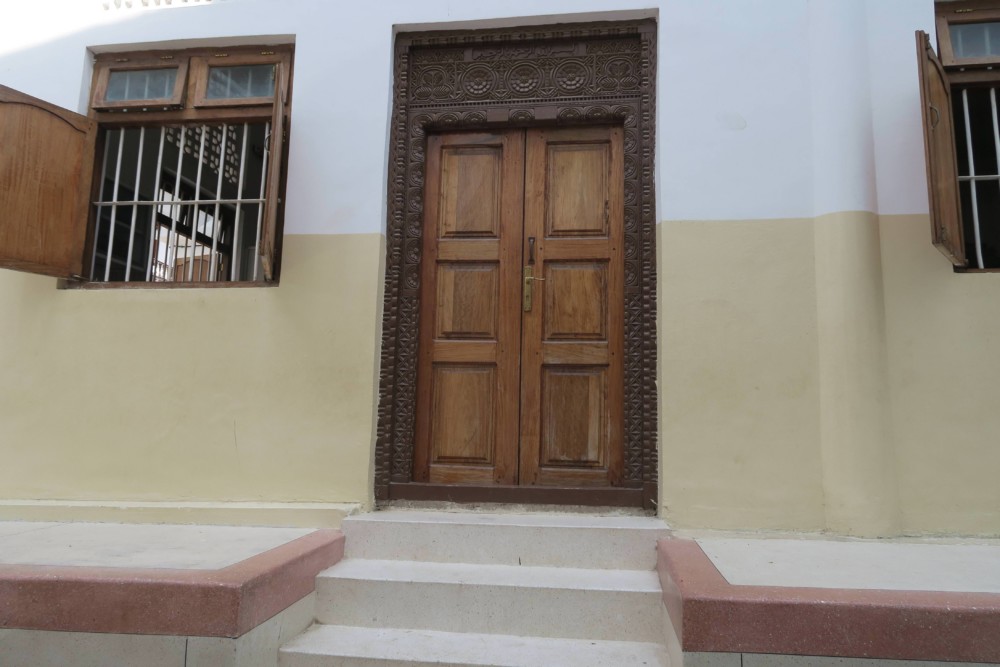 I knew that I had this thing for doors when I visited. It is because where I was from, doors were more functional than aesthetic. Growing up, we had a very basic wooden door that would get a fresh coat of paint every year. I never even paid any attention to it.

The best way to discover this doors is to walk on the narrow streets of Stone town. People will not ask you if you decide to take photos or marvel. As I immersed myself into the travel experience, I asked our guide tons of questions about the Zanzibar doors and I learned so much. Here are some of the interesting things.

1. The original design of the Zanzibar doors has been the same for years

Stone Town is a UNESCO (United Nations Educational, Scientific and Cultural Organization) World Heritage site. These are sites/ landmarks in the world that is protected by UNESCO due to their scientific, historical or cultural significance. Zanzibar has a cultural and historical significance because of the 18th Century Slave Trade therefore everything (including doors) is to remain the same in the town. 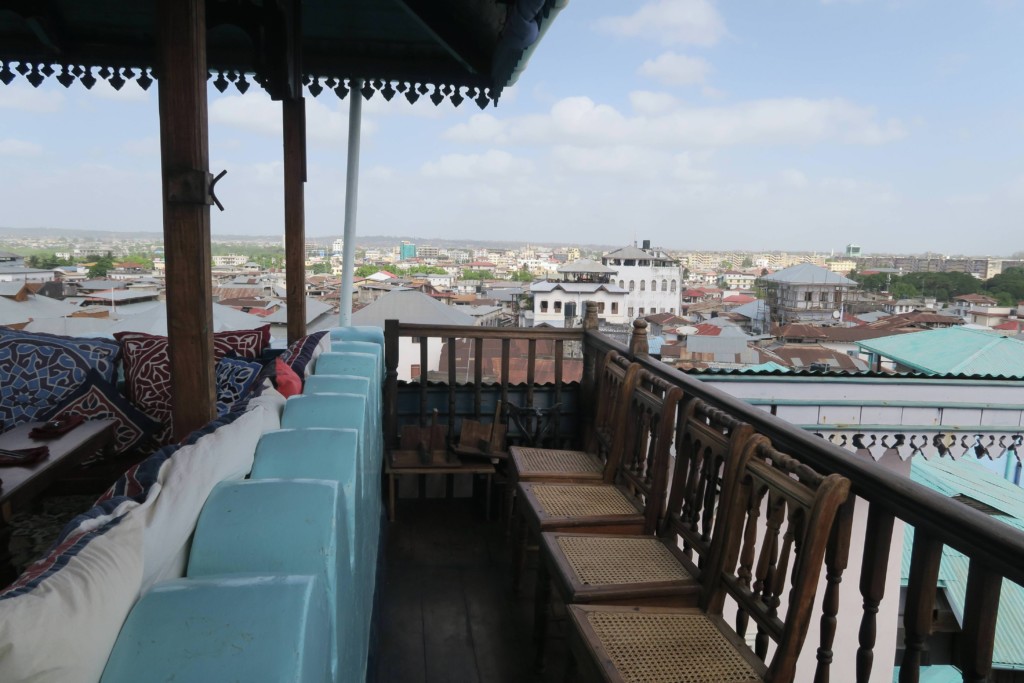 Watching the town from a high point 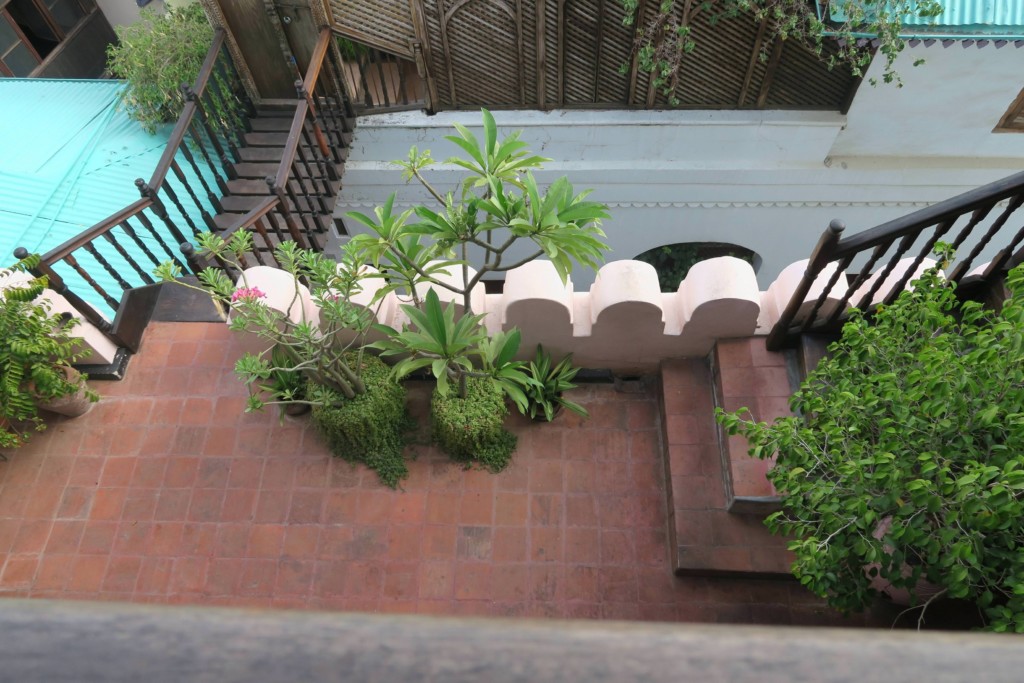 You can also see the Arab influences on architecture & buildings

2. Every door has a story

Each door tells a story about the owner’s wealth, religion and social class. The doors with beautiful and intricate details belong to the rich and influential members of the society. I realised that some of the doors were very polished while others were very old and faded. Some were just supported by hinges and would fall apart any minute.

3. You cannot renovate your door without a permit

All the houses and structures in Stone Town are protected by UNESCO and locals cannot just do what they like or make changes. They have to apply for a permit from their local government. We passed by a house where renovations were being done and they had stuck a photocopy of the permit on the wall to prevent arrest and to show any law enforcers that they had express permission. 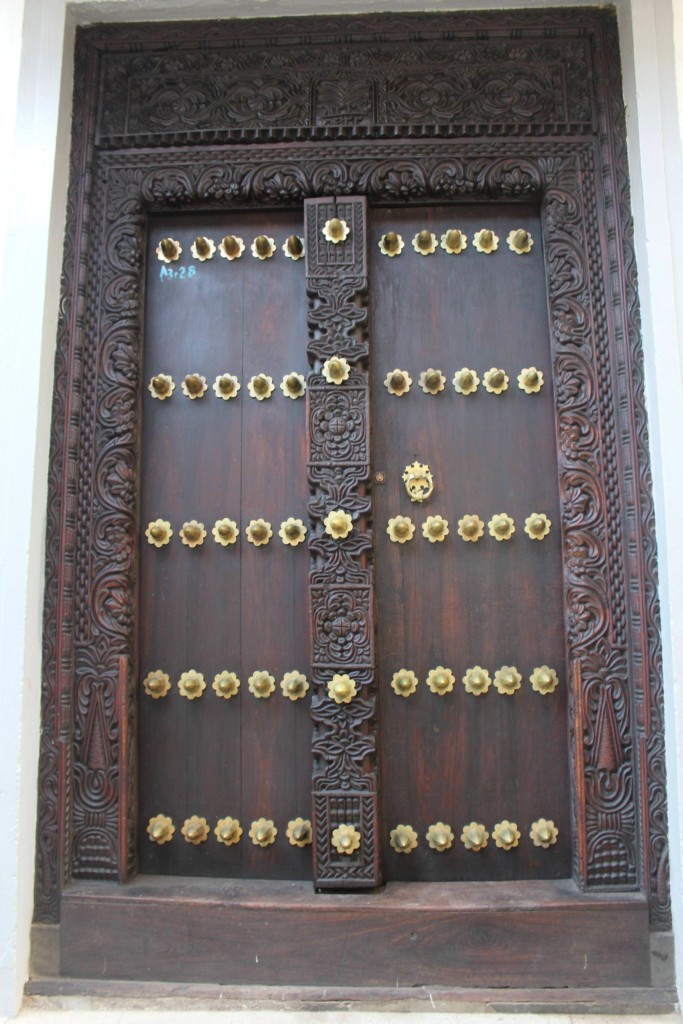 A hybrid of Indian and Arab door

4. The Swahili doors are very minimal

Stone Town has different influences including Swahili, Arabic an Indian. The influences can be seen on decor and architecture. The Swahili doors are not fancy and they do not have crazy decorations. The Swahili locals are the majority. They do not have intricate details on their doors and it is easy to identify them.

5. The Indian doors have brass knobs that protected them from elephants.

As the Indians came to the strategically located island of Zanzibar to trade in the 18th Century, they brought their influences on architecture. In India, the brass knobs would protect houses from elephant attacks. Even though there were no elephants in the island, they still made their doors like that. Indian doors are very big when compared to the Swahili ones. Some of the doors are also foldable. 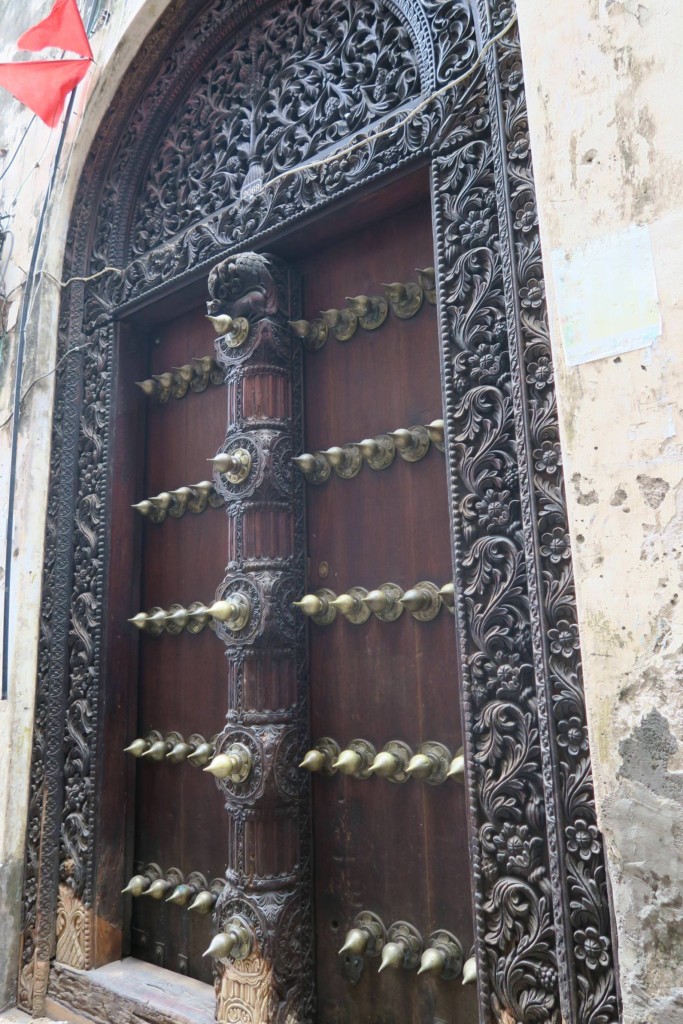 The biggest Indian door we saw

6. The Arab doors are rectangular and they have intricate details.

These doors were very beautiful and had details carved on the wood. Most of them were polished. They have vines, leaves and other symbols and patterns. 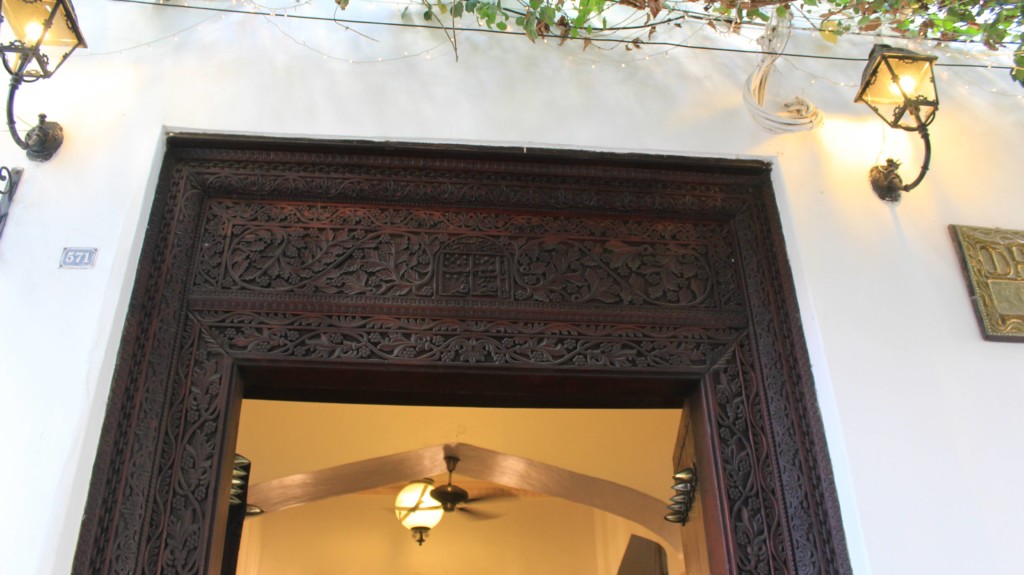 Top view of the door. See the architecture & Arabic influences

View as you enter the house

7. The most famous door is on Tippu Tip’s House.

Tippu Tip was a Zanzibar slave trader in the 18th century. His door is near the African House Hotel, a famous landmark in Stone Town. This is a very huge, old and forlorn door. However, people come from far and wide to see this door. 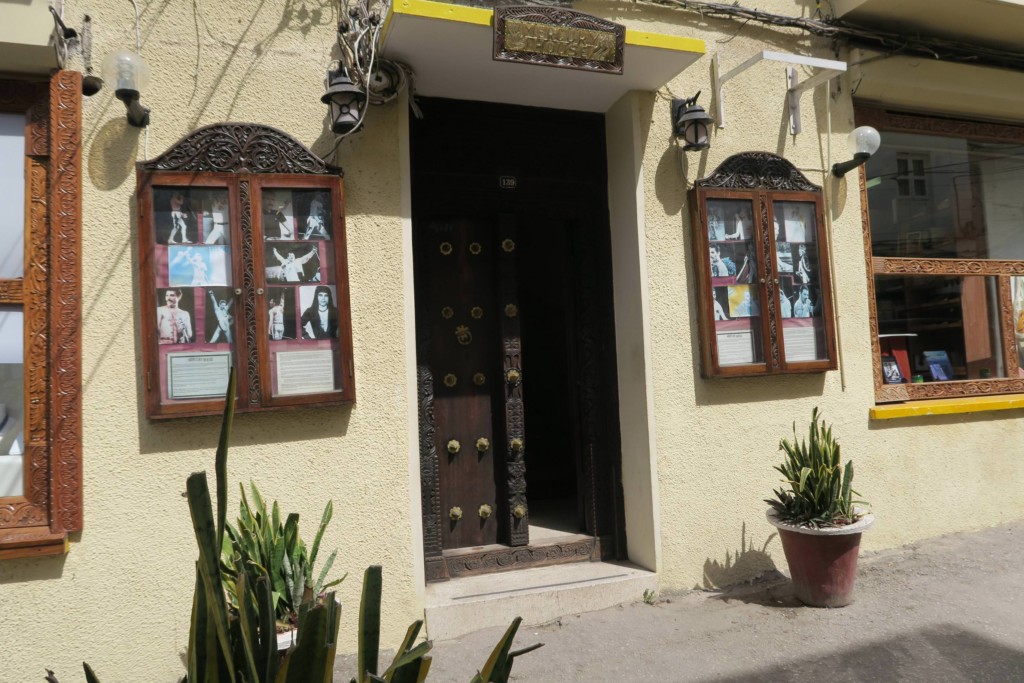 8. Most of these doors were made of teak wood but now are made of black wood and mahogany.

Teak became hard to find so the artisans resorted to using mahogany and black wood because they have almost the same characteristics and look. They are also easier to source. 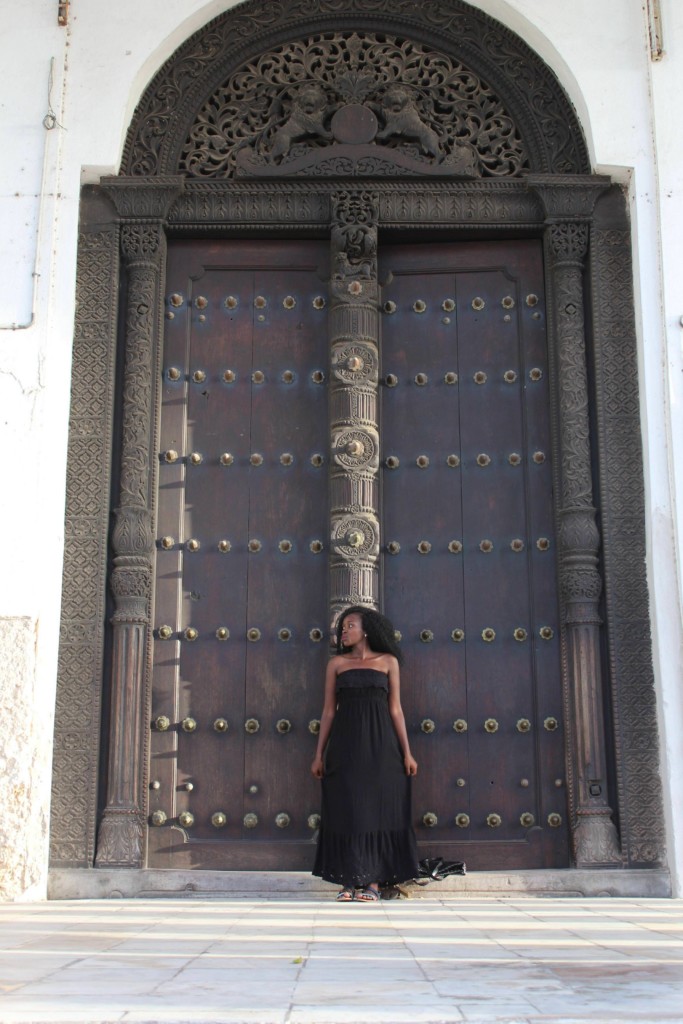 Doors were like a show of strength among these merchants.

Make sure to carry a small door with you when you visit to remind you of the beauty of the doors. 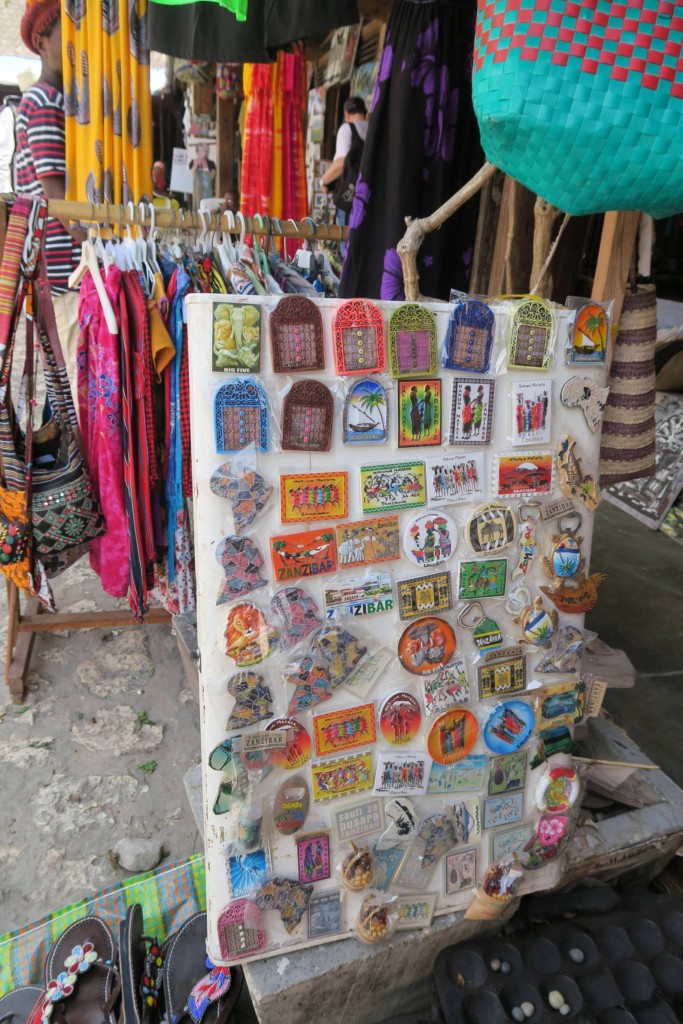 *All photos taken by @jeanwandimi.